As any female who’s ever ventured out to a club will tell you, there’s something about dancing that seems to make it okay for random males to attempt to grope you.  Maybe it’s the modern day mating call, maybe it’s programmed into their genetic makeup, I don’t know.  They’re persistent, too.  If you escape, they tend to follow.   This gets old fast and you wonder, “why won’t they just let me dance?”  Because, if you’re like me, you get really frustrated when someone throws off your groove with the rather uncreative dance moves that seem acceptable for many (not all) of the male persuasion.

This is how I dance. You can understand why I dislike being interrupted

Before I proceed, I should disclaim that I’m sure there are females guilty of doing similar to what I’m currently accusing the male population of doing.   I also don’t believe this is all guys.  There is a specific type of guy who goes out to clubs, gets hammered with a single purpose in mind (hint: dancing isn’t that purpose), and doesn’t respect either the bodies or wishes of those he accosts.  That is the guy I’m talking about.

So, you can imagine what I expected when Sara and I ended up back at the Iguana one night and found it had turned into a full-on dancehall.  Predatory hazards or no, I’m usually not one to turn down an opportunity to dance, so obviously we started bopping around.  Eventually someone came up to ask one of us to dance.  Except he actually asked and didn’t grab.  Weirder still, when we declined, he left us alone.  Following this unexpected exchange, I started paying more attention to the dancers surrounding us.  There were dancers who fell into the category described above, but they seemed to be fewer and didn’t pose a threat.  There were also knots of guys in tank tops with huge arm holes, backwards 80s style baseball caps and knock-off Ray Bans who jumped around exuberantly.  They posed a threat only to our overall physical health as they were falling into chairs, tables, and people without care.  And then there was a third group who could actually dance.

You’re shocked and want to know more, I can tell.

The trend among the Latinos (I’m not sure if they were Nica or otherwise) who wanted to dance with us seemed to involve the following steps:

Also, they could dance.  It. Was. Awesome.  I don’t think I’ve ever had so much fun dancing with anyone at any dance club ever.  We did salsa and a little bachata and a little hybrid.  There was one song that started and the guy I was dancing with got super excited and exclaimed, “samba?!”  I’m learning samba, so I was equally excited.  Obviously this style of samba was different from “competition” samba, but still incredibly fun.  This guy had been dancing with a beer in his hands at first, but then put it down because we were becoming pretty energetic.  We cleared a pretty solid space on the dance floor because we were moving all over the place and even attracted a small audience.  It was epic.  He was completely appropriate and didn’t try any funny business – entirely a gentleman.

A salsa dancing dog. Family, can we talk about training Doogan to do this?

When the song ended and I thanked him for the dance, he returned the thanks and moved on to find another partner, instead of hanging on for song after song.  It was refreshing.
Obviously, they weren’t all as respectful as that guy, but if you told them to go away, they took the hint for the most part.  There are exceptions to every rule, but it’s nice to know that somewhere in the world they’ll actually dance with you (none of this shuffling business) and respect your wishes.
I leave you with yet another gratuitous beach picture: 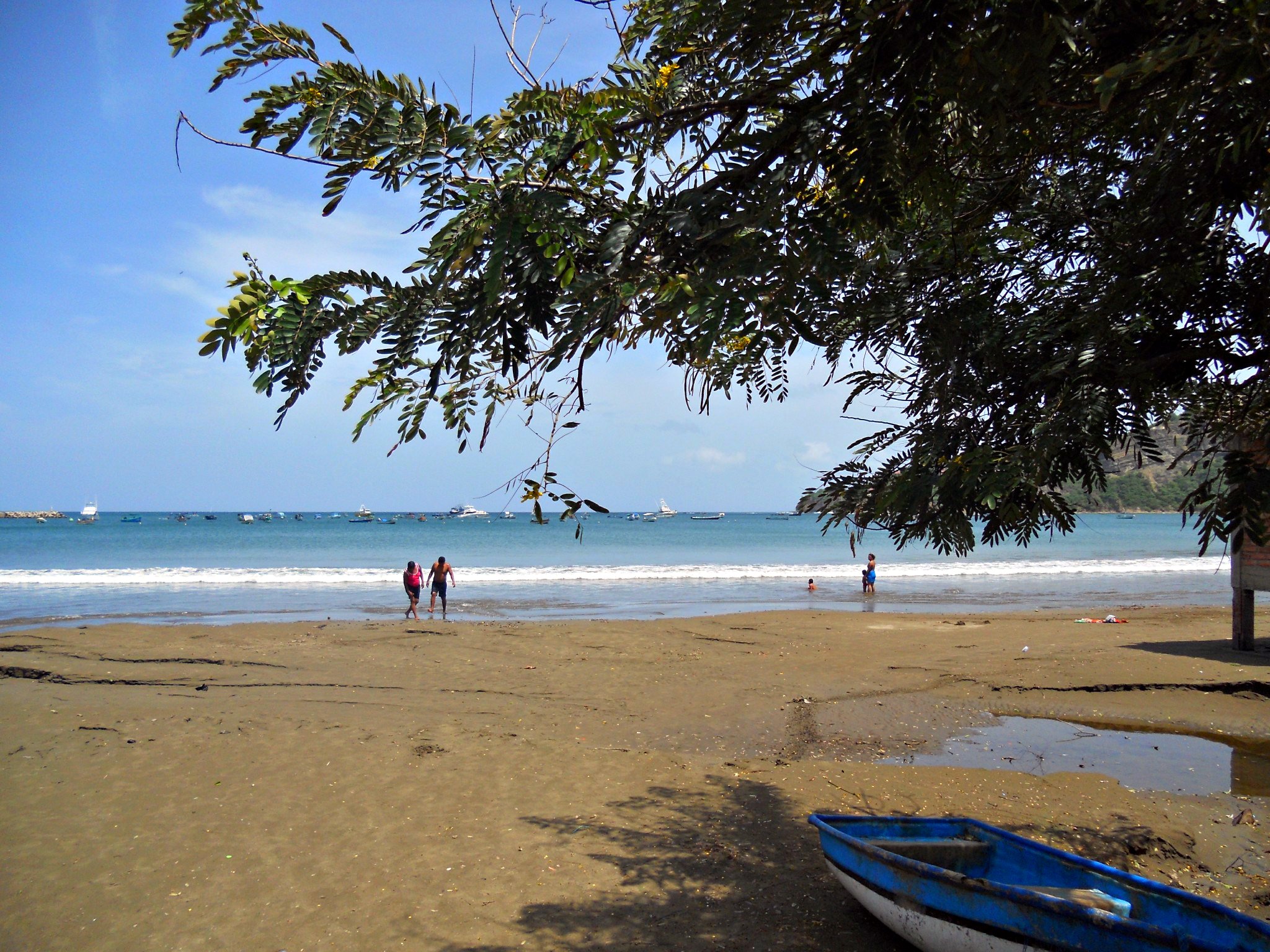 Right across the street from our hotel.

Next post:  The Belgian Who May Have Changed My Life

Error: Twitter did not respond. Please wait a few minutes and refresh this page.